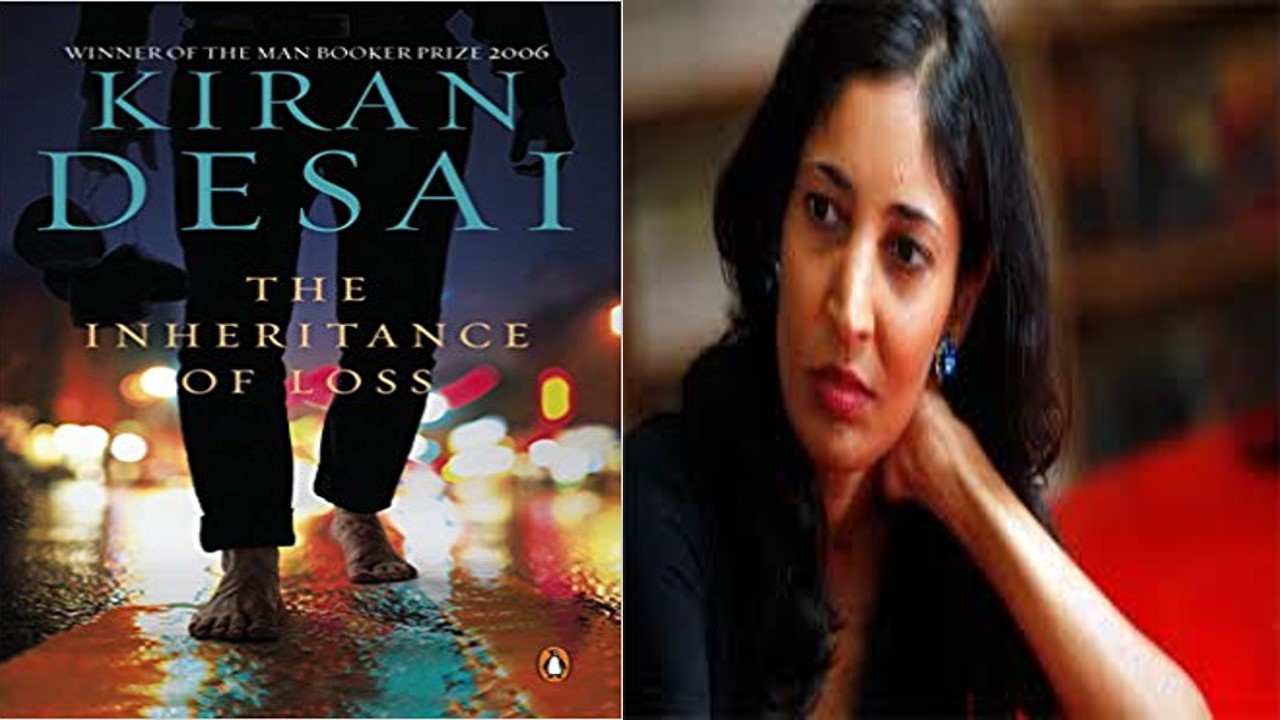 The Inheritance of Loss by Kiran Desai

Winner of the Booker Prize

Buy it on Amazon or add on Goodreads

In a crumbling, isolated house at the foot of Mount Kanchenjunga in the Himalayas lives an embittered judge who wants only to retire in peace, when his orphaned granddaughter, Sai, arrives on his doorstep. The judge’s cook watches over her distractedly, for his thoughts are often on his son, Biju, who is hopscotching from one gritty New York restaurant to another. Kiran Desai’s brilliant novel, published to huge acclaim, is a story of joy and despair. Her characters face numerous choices that majestically illuminate the consequences of colonialism as it collides with the modern world.

This novel which was inspired by the author’s real life incidents illustrates the clash with the West. The narrative is revolved around five main characters namely, the magistrate Jemubhai Patel, his granddaughter Sai, his cook, the cook’s son Biju and Gyan. All of them are mingled with the western world somewhere in their lives.

There were some incidents that were standing out from the other occurrences in the narrative and I am going to point out some of them as following,

Some of those incidents are:

The narrative which unfolds in an Indian background by an author of the same origin reveals how the colonialism has affected the dispersed specks of individual lives in India even in the post-colonial era. The people who are lost in between the two cultures still value English lifestyles over their own traditions while others who cannot assimilate with the Western ways of life try to ridicule them. This is still a very contemporary issue in most ex-colonial countries.

In the process of trying to become an expatriate, one cannot entirely cut his roots. Some characters in the story feel it difficult to adopt to the new culture. Simultaneously, though some characters have adopted to a considerable extent, ultimately what happens is that one is stuck in somewhere between the foreign culture and the nativity.

Further, the novel also depicts that the childhood beliefs are the hardest to change, if not impossible to change. If one is used to despise an ethnicity because of the things he had heard about that ethnicity in his childhood, and later on in his life if he had to run into a person who belongs to that particular ethnicity in a Cosmopolitan, he is inclined to avoid that person as much as possible since he cannot get rid of those beliefs which were marinating in his mind for so long.

According to my perspective, on one hand, the topic deals with the sense of loss in the migrants and mixed-cultured people who are forced to live in a culture which is contradictory to the culture they were used to in the past. On the other hand, the topic hints towards the reality of life which at the end always bequeaths loss to all of us. Nothing is permanent and one day each and every one of us has to leave everything we have toiled our sweat into.

The narrative demonstrates another interesting point. When the time passes, the blood kinships fade into the oblivion and one tends to find kinships in the new people he comes cross. In other words, when own people distance themselves, strangers become kin.

Clash with the West influences differently on each character, yet the gist of what happens to all the characters is the same. However, the pro-Englishness of Jemubhai, the magistrate is evident. It turns out to be the reason why he despised his wife and found refuge from his locality.

Sai is a girl who was brought up in a British convent, therefore, the novel emphasizes on the fact that the offspring of mixed-national parents get confused between two alien cultures and they struggle to build their own identities by combining preferred attributes of both cultures.

Jemubhai’s reaction when his female dog disappeared was much more compassionate than the response he shows to humans who are victimized to ordeals. His affection for Mutt takes him to several places and people than he had ever met since he had retired.

The story deals with clash between the dreams and reality also. The characters muster all their dreams to set off on their new endeavors but return brimmed in disappointment, guilt and nostalgia with empty hands and hearts. But there is a positivity hidden somewhere as they all can start from scratch on a new endeavor.

Sai and Gyan’s love is tarnished by the unavoidable circumstances Gyan runs into. Gyan surely loves Sai but that love is disrupted by fundamentalism and the circumstances make both of them go weak in their knees crippling them to discontinue their relationship.

Did you like this review or what can I do to improve your experience here? You can tell me your views on Facebook or right here in the comments section about it.

Follow Reviews and Muses Hamper for Keeps on WordPress.com